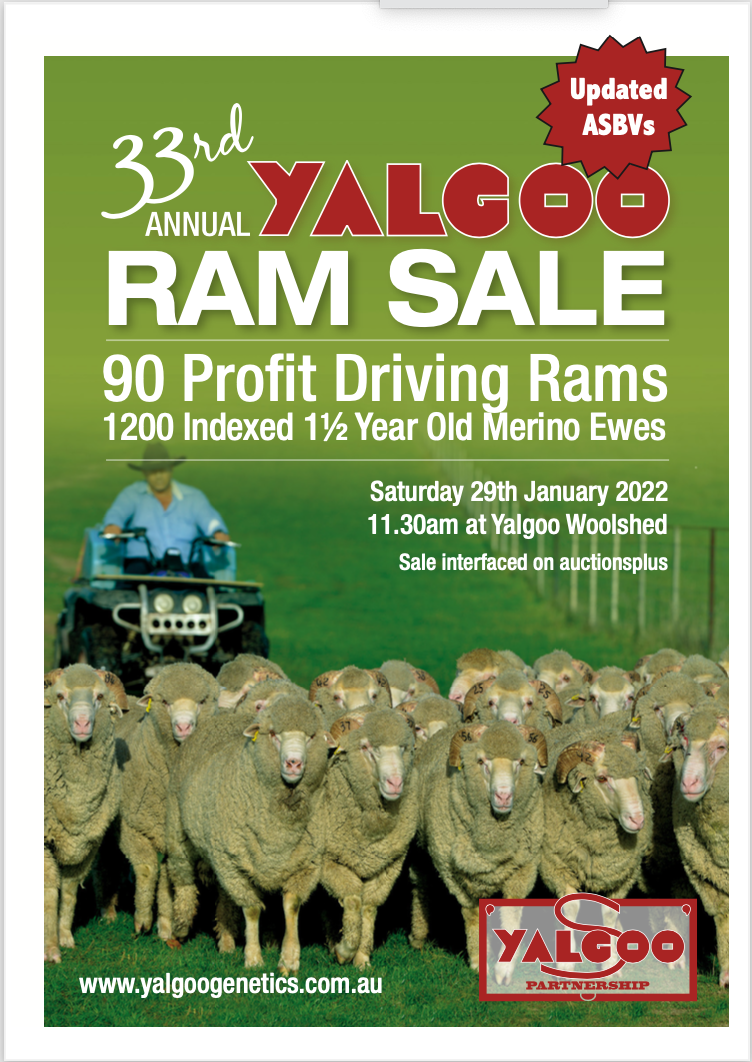 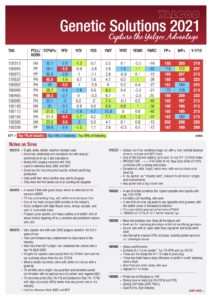 The Yalgoo Merino is a constantly evolving package of genes, bred to add more value into the next generation.

Implementation of innovative technologies and techniques deemed of value to clients

Each sheep is backed by 45+ years of objective measurement, so you know that genetic progress is measureable, profound and assured.

The Nivison family has been running merino sheep in the New England since leaving Scotland in 1839. During these 174 years of running merino’s through droughts, floods, booms and busts, the sheep have been the backbone of the business.

The YALGOO STUD was founded in 1947 on ewes descended from the original Ohio flock which trace back to sheep imported from WA Grubb, Scone, Tasmania in the 1880’s.

For the last 50 years, mainly Yalgoo sires have been used in the stud. A small number of ewes are artificially inseminated to outlier sires to bring in certain traits and retain flock linkage.

The Yalgoo ram breeding core consists of 650-700 stud ewes. Our stud sheep are run under strict commercial conditions in conjunction with a 15,000 head commercial flock at above district average stocking rates. The stud sheep also have to compete with a stud and commercial cattle enterprise.

Due to our environment the sheep are put under a high parasite burden in the summer months. High summer rainfall pressure has left us with a highly resistant flock to fleece rot and internal parasites.

The Yalgoo Flock: Past, Present ... Future?

First and Foremost, Yalgoo has and will always be predominately a commercial merino enterprise.

We are basically commercial breeders that wanted to put as much pressure on commercially relevant traits to enhance our commercial ewe base, using all means possible. For the best part of the last 5 decades we have been concentrating on the objective and measurable traits that make wool growers money. The good news for our clients is that we haven’t been distracted by intangible traits and fads that hinder genetic progress. This ensures that genetic progress is both measurable and assured.

Yalgoo has been measuring and selecting based on economically important traits for 50 years. In the first 25 years the Yalgoo flock went from a 21 micron flock to a 19 micron flock. Wool cuts stayed predominantly around the 4-5 kg mark and body weights were fairly stagnant. Wool quality and structural traits were also improved. With the limiting technology and breeding tools available this was considered rapid genetic progress.

In 1997 Yalgoo were amongst the first to embrace sheep breeding values. Yalgoo was a 19 micron flock cutting 4.5 – 5 kgs of wool. In this new era of sheep breeding, breeders were able to set flock goals and benchmarks. Grant insisted that it was possible to aggressively reduce micron without sacrificing major economic traits like body size, fleece weight and fertility, whilst ensuring wool and structural traits were improved. In the ten years that followed, the Yalgoo flock average was reduced from 19 microns to 16.3 and eventually to its current 15.8 microns. Fleece Values have gone from $60 to $101.20 over the same period. (*Based on prices supplied by Elders 17/6/11: 2200 c/kg 16.3 micron wool and 1207c/kg 19 micron wool). Wool cut, fertility and body weight remained constant up until 2008. Fleece weights have risen exponentially in the past three years with a renewed focus. We are now at the stage where we are throwing up 15 micron rams that are in the top 1% of the breed for fleece weight.

As has always been the case, our goals are based around the performance of our commercial ewe flock. The stud is purely the vehicle in which to reach these goals. In the next ten years we believe the Yalgoo commercial ewe flock will be a 15 micron flock cutting 7 kgs of wool. Wool quality and animal conformation will remain an integral part of the Yalgoo package. These are ambitious goals, however the genetic progress we have made in the last 10 years, suggests they are attainable. We invite you to come along for the ride, please read on if these goals are of interest to you!

Genetic Progress is driven by objective measurement and indexing.

Basically our sheep will be finer, heavier cutting, have heavier body weights and be more worm resistant. We know this because our previous ten years on an index landed us basically where we wanted to be, when we developed it ten years ago.

The Power of Indexes

In the past, the 14%+SS index has driven our breeding program. Believing that it best mirrored our objectives of aggressively decreasing micron, increasing wool cut and body weight and assisting us to maintain other important traits such as staple strength and fertility.

In 2012 after Sheep genetics changed their indexes, we decided to re-evaluate our genetic direction. Based on what the industry offered and what the market signals were telling us, we decided to go it alone with a custom index – Y- 7/15.

To accelerate genetic progress Yalgoo chooses to tap into the much larger genetic pool of the commercial ewe flock. Each year 500 weaner ewes are selected on their micron, CV and their potential fleece weight (visually) from a drop of 3000 weaner ewes. These ewes are then physically fleece and body weighed at shearing. Their data is collated and they are given an index ranking based on their genetic merit. The top half of these join the stud ewe nucleus. Prior to their first lamb there are re-tested and fleece weighed and ranked against the other stud ewes to see if they remain in the stud flock.

To ensure genetic progress is rapid the ram breeding flock is re-ranked annually. Competition to remain in the flock based on performance is cut-throat and generally half of the flock is replaced with genetically superior maiden ewes.

The stud ewes are also subjectively classed by Dr. Phil Holmes annually to remove any economic fault. With a specific eye on fleece rot, dermatitis, pigment, muffle and structure. Ewes are also removed if they have failed to raise a lamb until lamb marking for consecutive years.

DNA typing
Selected commercial ewes are DNA typed for parentage. This allows us to better evaluate their genetic merit.

Worm collecting
Faecal egg counts are taken on weaner rams to evaluate their resistance to worms.

Side Sampling NEFT
Stud weaners are side sampled for Micron, Yield, SS, SL, Curvature and CV.

Body Weighing
All stud and selected weaners are body weighed off shears. Stud ewe hoggets are fleece weighed for a second time.

Mothering Up
Pedigrees are recorded for stud lambs to increase linkage and accuracy of genetic merit.